Dusk to Dawn's long-player “Transition” gains a lot of feedback beyond any expectations by the band. The German group have applied and immediately signed with the renowned label Echozone – which is for sure part of the successful distribution: The album tracks are played on international radio/podcast shows everyday and all reviews so far have described the record as an excellent work.

„In Germany, we only have two relevant underground music print magazines“, says singer Achim Zolke, „Sonic Seducer and Orkus. I'm glad both decided to feature Dusk to Dawn in their March 2018 issues and give us such tremendous feedback.“ Sonic Seducer published a review on “this very well-made album” which was made “in the stylistic range of bands like Depeche Mode and Camouflage of the 90s; lovers of the bands mentioned are guaranteed not to be disappointed. Even the synthesizers used have been carefully selected and operated by Jörg Erren with regard to authentic 90s sound.”

Sonic Seducer continues to praise the “top-class, very individual compositions, which come from the individual band members and are arranged together, the charismatic vocals of Achim Zolke and the driving rhythms, which ensure that the Dusk to Dawn songs also work perfectly in the club.”

Orkus describes the album as clearly having its roots in the 80's and 90's, but they are “masterfully conveyed into the presence”. The album opener “Not this World” is featured on the new (March 2018) Orkus compilation CD. Another dark rock song from the album, “Faith in you”, written by guitarist Andreas Kleinwächter, is presented on the “La Danse Macabre 3” compilation (At Sea Compilations), also released in March 2018.

INTRAVENOUS MAGAZINE writes: “The album "Transition" marks a sound evolution and still remains true to what Dusk to Dawn is all about: catchy electro-pop with depth, reminiscent of hits from the 1980s, similarly danceable, but with a dark and "techie" mood.” Nordevents says: “A good album – but for electro pop fans even an excellent album.”

Besides further positive reviews in Musikiathek, Kainklangmusikmagazin and others, maybe the most beautiful feedback simply comes from a YouTube user from the United States, recently posted under the “Transition snippets” video:

"(...) Yeah, we don't get any exposure to this type of music in USA anymore. Well, not since 1980’s to early 1990's. I just listened to the whole album “Transition “ yesterday. I already put it at #1 album im my music colllection for this year. It will be hard to beat. I shared the album via Apple Music with my son who is away at college. Apparently, they had a big party last night and he tells me this morning they were jamming this album last night. Kids were asking “who & what type of music is this?” I call it “”New Wave”. But, maybe for today’s younger generation, I will call it “SynthWave”. Great stuff! (...)"


Background
Dusk to Dawn - „Transition“ consists of ten songs created since the group's reunion in 2011. The suggestive title stands for the bridge between 90's wave and synth pop to (moderately) modern, electro rock – arranged, composed and produced by the three band members and mastered by Obsessive Music in Melbourne.

„Transition“ is a digital-only release which can be obtained via popular download platforms:

“Transition” released: All information on new Dusk to Dawn album so far

For the first time since the reunion of the electropop trio from Germany, they released a long player with new songs. "Transition" bridges between the new wave style of Dusk to Dawn’s songs from the 90s and contemporary synth-pop with a touch of dark-rock.

The opener of the new album, "Not this World", drops the minimalism of the earlier days already. “Hailing Truth" also comes along with hymnic chords, real bass and electric guitar. The title track is a purely synthetic instrumental thunderstorm, and the last song, "Traces" conciliates with classic, beautiful synth-pop.

A special feature is "Remains", created in 1995 as a demo that is still unpublished today. In 2012, it was supposed to be the title track on the vinyl LP of the same name (label: Atemporal Records, Spain), filled with re-mastered Dusk to Dawn songs from the 90s (sold out, available as download). In the end, however, the band decided to rearrange the track completely – and to release it now, 23 years after its creation, for the first time. 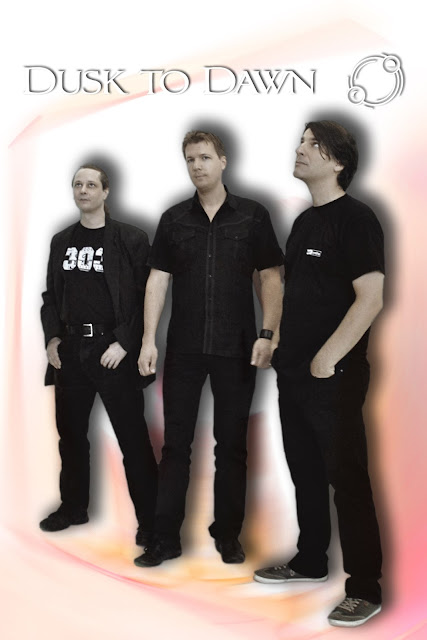 Creating an album is a long process. Trying to convince your band mates of yet another 80’s-like composition, writing the least understandable lyrics, arranging and producing the tracks in search of new or really innovative sounds – and then ruining everything with the final touches. And starting over.

Publishing an album seems to be an even lengthier procedure! After announcing the new Dusk to Dawn album Transition for quite some time, we discussed and finally decided to go the professional way. Due to our good experience with Atemporal Records, who marketed our songs from the 90’s on vinyl, we’ve decided for the first time to approach record labels to bring out new tracks. 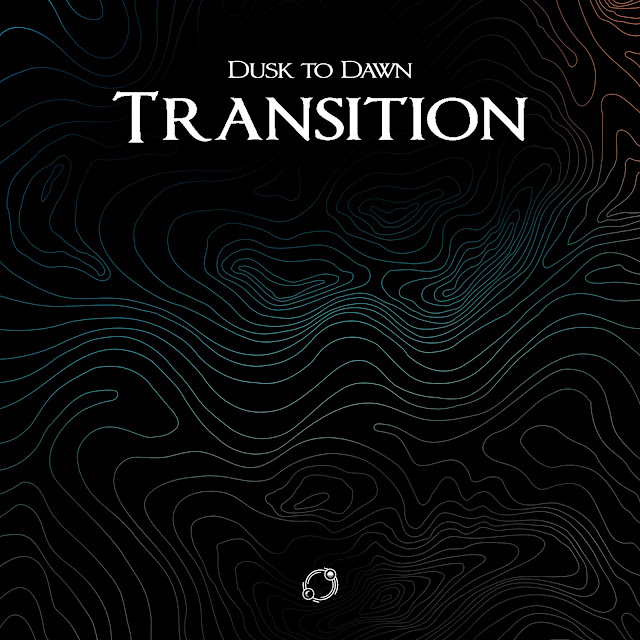